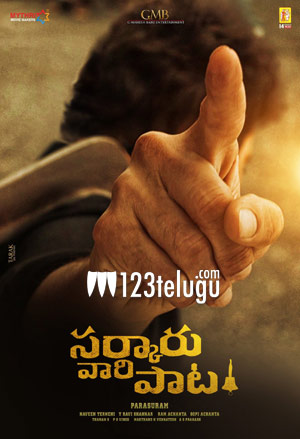 Sarkaru Vaari Pata is a film that many are waiting for eagerly as it has superstar Mahesh Babu in a lead role. The shooting of the film will start in RFC very soon and will go on for a month.

Now, a juicy gossip is going around about the story of the film. If you see the posters closely, a one rupee coin has been highlighted much on the neck of Mahesh Babu and the update is that this one rupee coin plays a key factor in the film.

With the help of this one rupee, Mahesh’s character turns things upside down in the film is the gossip. There was also a talk that Mahesh Babu will be dealing with those who cheat the public by looting their money and fly abroad.

So many theories are going about this film and only the teaser will reveal what is the film going to be when it is out.