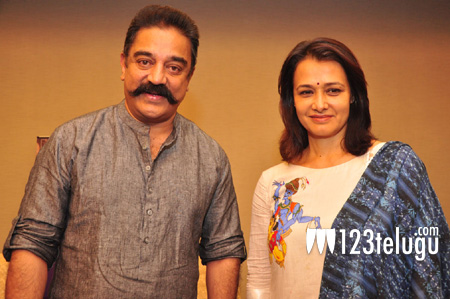 Legendary actor and filmmaker Kamal Haasan’s Friday release, Cheekati Rajyam, has impressed movie lovers and critics alike and is running successfully. Even as he is busy promoting the film, Kamal has already started working on his next film, a Tamil-Malayalam bilingual film under Rajeev Kumar’s direction.

Even before the film went on floors, the film is drawing all the attention with its title. As per the latest buzz, the film’s Telugu version has been reportedly titled Amma Nanna Aata. The film is a family drama laced with loads of comedy.

Kamal will team up with Amala Akkineni and Zarina Wahab for this film, which has the screenplay written by Kamal himself.