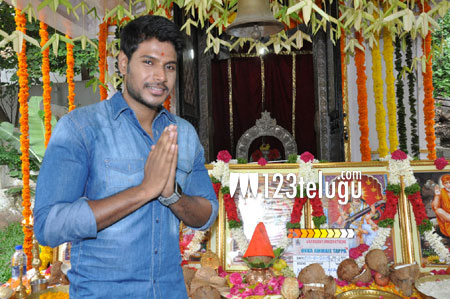 Young hero Sundeep Kishan, who is busy with a couple of exciting projects in Tamil, has just launched his new Telugu film which is interestingly titled Okka Ammayi Thappa, with a tagline “All Indians are my brothers and sisters”. Senior writer Rajasimha Tadinada will be making his directorial debut with this film and Anji Reddy is producing it.

Okka Ammayi Thappa is a hilarious romantic entertainer, which will have its music composed by Mickey J Meyer and cinematography by Sundeep’s uncle and senior cinematographer Chota K Naidu. The film’s regular shooting will commence today.

Meanwhile, Sundeep’s dark comedy in Tamil with Regina Cassandra is being readied for a release soon, while another film in Pizza producer CV Kumar’s direction was announced a few days ago.