Interesting title in consideration for Pawan Kalyan’s next?
Published on Aug 15, 2017 11:08 pm IST 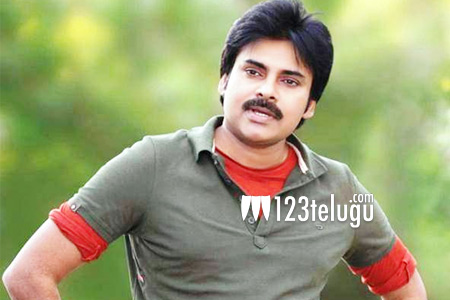 Ever since Power Star Pawan Kalyan’s landmark 25th movie was launched earlier this year, there have been numerous speculations about the film’s title. Engineer Babu, Gokula Krishnudu, Devude Digi Vachina and Chuttedham Rarandoi etc were rumored to be the titles of this much-awaited film.

Trivikram is directing this movie. Keerthy Suresh and Anu Emmanuel are the film’s leading ladies. S Radhakrishna is producing this high budget family entertainer and Anirudh Ravichander is composing the movie.