Interesting title in consideration for Ram-Puri film?
Published on Jan 1, 2019 12:00 am IST 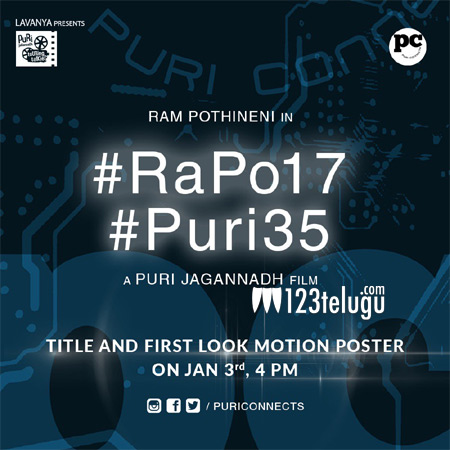 It is a known fact that Ram has joined hands with star director Puri Jagan for a mass entertainer. The film’s title and logo will be launched tomorrow all over the social media.

Meanwhile, the latest gossip reveals that the film might be titled Pandugadu. Though there is no official confirmation about this title, the news has caught on all over.

Charme and Puri Jagan are co-producing this film. The heroine of the film is yet to be announced.