Interesting title under consideration for Naga Shaurya’s next
Published on Apr 9, 2018 1:10 pm IST 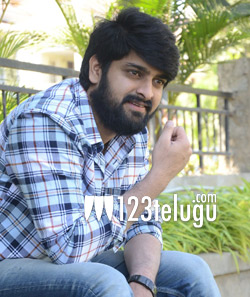 Following the grand success of his maiden home production, Chalo, hero Naga Shaurya will have two releases this summer with Kanam and Ammammagari Illu. The actor is all set to shoot for his second home production, Narthanasala, this week.

It’s been reported already that Naga Shaurya was in talks with Paisa Vasool’s producer Anand Prasad of Bhavya Creations for yet another project. A debutant named Raja will be directing the movie, which is touted to feature a totally unique concept. As per the latest buzz, the makers are considering Saindhava as the film’s title.

Currently, the film’s pre-production work is underway in full swing. A popular young heroine is said to be under consideration for the female lead’s role. Stay tuned for further updates.