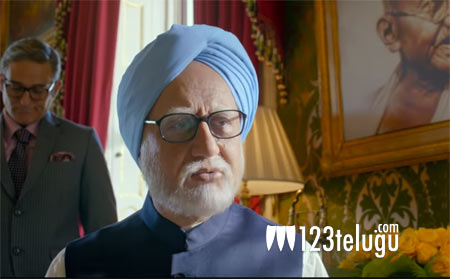 It is a known fact that a film is being made on ex-prime minister Manmohan Singh and how he dealt with certain key issues during his term as a prime minister when Congress government was ruling India a few years back.

The interesting trailer was released today and Anupam Kher is seen as Manmohan Singh in the trailer. The film is based on a book written by Sanjaya Baru.

Arjun Mathur and Suzanne Bernett are seen as Rahul Gandhi and Sonia Gandhi respectively. The film has been in serious controversies since it began its filming as many key leaders of Congress were having objections over the portrayal of Rahul and Sonia Gandhi in the film.

Finally, after a lot of problems, it is said to release on January 11th all over. For now, the interesting trailer has raised a lot of curiosity.