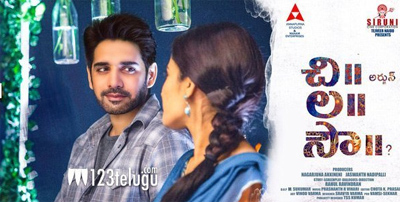 Now that the release date of Chilasow is nearing soon, some interesting news is coming out one after the other. The latest we hear is that the story of the film happens in the time frame of 24 hours.

Sushanth plays a bachelor who is being forced to get married at any cost. The trailers of the film have come out quite well and there is a decent buzz for this film which is being presented by Annapurna Studios.

Rahul Ravindran makes his debut as a director with this film which is up for a release on the 27th of this month.