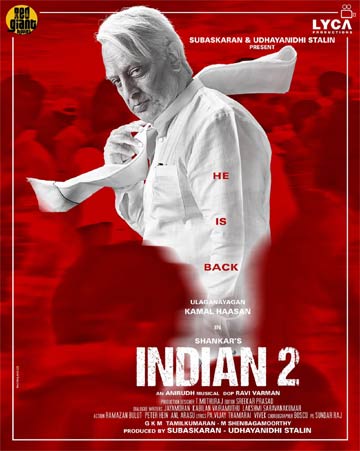 It is already known that Ulaganayagan Kamal Haasan is busy shooting for his upcoming movie, Indian 2. The Shankar Shanmugam directorial has Kajal Aggarwal as the female lead.

The latest update is that the movie’s next schedule will begin in Chennai from December 5, 2022, onwards. Also, the buzz is that Kamal wants to wrap up the entire shoot by the end of March 2023 as he wants to film for his next with Thunivu director H Vinoth. To note, Kamal recently okayed a mega project with the maverick director Maniratnam.

Indian 2 is a joint venture of Lyca Productions and Red Giant Movies. Rakul Preet Singh, Priya Bhavani Shankar and others are also a part of this biggie, which has Anirudh Ravichander’s music.