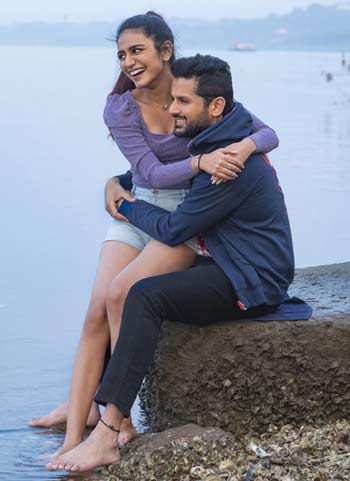 Hero Nithiin and star actress Rakul Preet Singh’s upcoming courtroom drama, Check, has been creating a lot of buzz ever since the release of its intense and gripping trailer. This Chandrashekhar Yeleti directorial also features Malayalam wink sensation Priya Prakash Varrier in a lead role.

Now, in an exciting update, Check features only one song and it was shot recently on the the picturesque Goa beaches. The song is a romantic number and it features Nithiin and Priya Prakash. The makers said that the film’s intense narrative doesn’t demand any more songs.

Check’s post-production formalities are underway in full swing and the film is gearing up for its release on February 26. Anand Prasad has produced the movie under Bhavya Creations banner.