Internationally acclaimed Tamil film to release in Telugu
Published on Aug 27, 2016 9:24 am IST 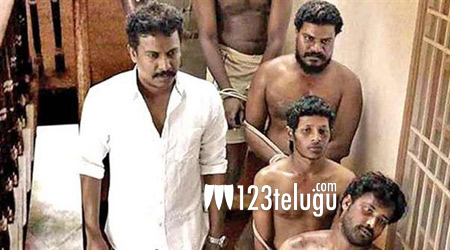 After winning national and international acclaim and modest box-office success in Tamil Nadu and a few metros across the country, award winning Tamil film Visaranai is all set to release in Telugu. Senior producer C Kalyan is releasing the Telugu dubbed version of Visaranai under the title Vicharana.

Visaranai tells the pathetic ordeals of for Tamil migrants working in Guntur who get implicated in a false robbery case by the local police. The film follows their ordeal, the bridal police interrogation and also questions the corrupt system which leaves no room for the innocent to escape from injustice.