Interview : Shiva Kandukuri- Chiranjeevi was the inspiration to become an actor
Published on Jan 28, 2020 3:20 pm IST 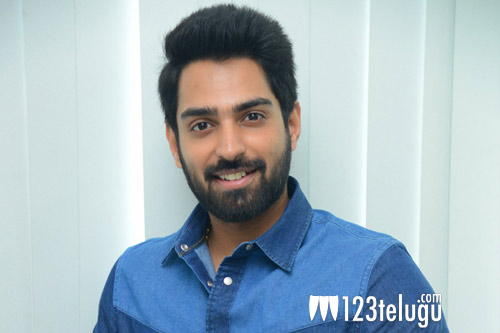 Shiva Kandukuir, son of Raj Kandukuri is making his debut with Choosi Chudangane which releases this Friday. We caught up with him for a brief interview. Here is the transcript.

What made you become an actor in the first place?

Who inspired you as an actor in the industry?

I have always been a fan of megastar Chiranjeevi right from my childhood. I have grown up on his films and after seeing him doing so much for small films, I decided to become an actor at any cost.

What was your father’s reaction when he heard about you becoming an actor?

Firstly, he told me that acting is not an easy job and the success in Tollywood is also quite less. But once I told him that I have made up my mind, he told me that he would support me and asked me to be very honest in my approach towards my career.

Your preparation for the film?

When the project was locked, it was not at all easy. Director Sesha auditioned me for close to two weeks. I was put through various physical and mental tests. Also, the character has an age graph, all this I needed to carry off. When the director and my dad were very sure, we went to the floors.

All the love stories are one and the same but the treatment and narration need to be different. The same is the case with our film as well. The story is relatable to today’s youth and is based on several real life stories.