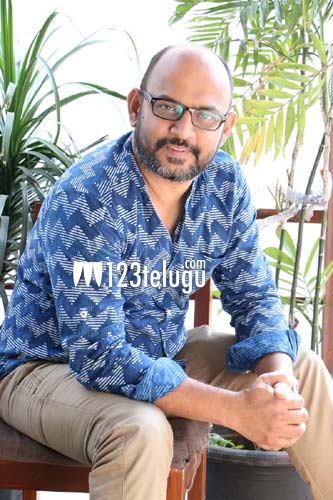 As Disco Raja is ready for a release, we caught up with the film’s director V I Anand for a brief interview. Here is the transcript.

What made you choose such a weird subject for Disco Raja?

I have always been fascinated by science fiction movies right from my childhood onwards. I had this concept of Disco Raja from the past ten years and have been researching this for a long time. Now that technology and awareness are more, I have decided to make this film.

Last year, I read an article about biochemical research. That stuck in my mind and I weaved a story and what if the research becomes successful and what will happen to a person in such circumstances. The film is a crazy science fiction and will have a lot of fun elements. Ravi Teja will be a major attraction.

How did you convince Ravi Teja?

I approached Ravi Teja when he too was looking at doing something different in the film. The moment he heard his character of Disco Raja, he loved it and okayed the film right away. In fact, I wrote the story keeping only him in mind and he has done a superb job in the film. His mannerisms and the fun quotient will thrill everyone.

What kind of hopes have you pinned on this film?

This is the biggest film of my career budget-wise and releases too. I have worked a lot on this film and feel that this film will take me to the next level altogether. Ravi Teja’s comedy, his one-liners and mass dialogues will be a major attraction along with Thaman’s music.

I have a few ideas in mind and everything depends on how this film will be received at the box office. I am eagerly looking forward to the response from the audience.