Interview : Vasu Mantena – All the technicians must be credited for Basthi’s output
Published on Jun 30, 2015 12:11 pm IST 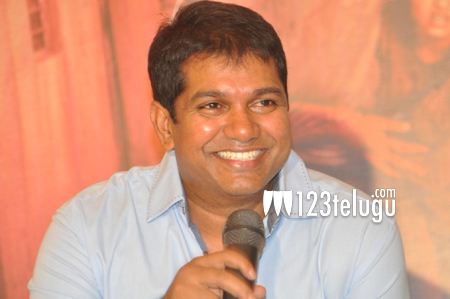 Veteran actress Jayasudha’s son Shreyan is making his screen debut with Basthi. Directed and produced by Vasu Mantena, this movie is gearing up for a grand release on July 3rd. We caught up with the director for a brief interview. Let’s see what he has to say.

Q) Tell us about Basthi ?

A) Basthi is a traditional love story which deals with the problems faced by an young couple in their journey of love. The characterization of the lead pair will be the major highlight of this film.

Q) Tell us about your journey in the film industry ?

A) Although I am a businessman, I love this field and wanted to use my creative brain in direction department. I will continue to direct more movies in the coming years.

Q) Tell us about Shreyan ?

A) Initially, he was a bit tentative while acting before the camera but he worked hard and improved a lot. I am very surprised watching his dedication.

Q) How was the whole experience producing this film ?

A) I am very happy to produce and direct it simultaneously. I used my business tactics and completed the film well within the stipulated time. I should appreciate everyone in the team and all technicians must be credited for the output.

Q) Tell us about actress Pragathi ?

A) She has a lot of experience in this field. She has been appearing in Hindi movies from the age of 3 years. She did a fabulous job in her role.

A) Currently I am working on a script and the movie will start in September.