Intinta Annamaya promises to be a different experience
Published on Dec 12, 2012 5:00 pm IST 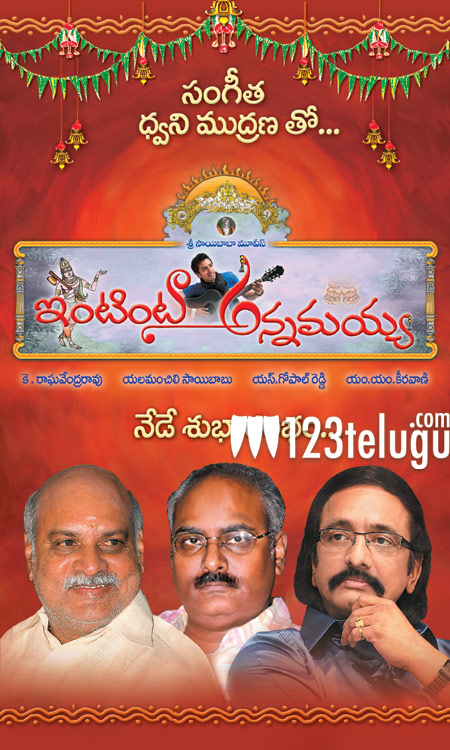 The shooting of K Raghavendra Rao’s next film Intinta Annamaya is progressing at a brisk pace and already the film’s second schedule is nearing completion. Yalamanchali Saibabu is producing the film. Revanth is making his debut as a hero and the film also has Ananya and Sanam Shetty in lead roles. “Although the story of Annamaya is well known, K Raghavendra Rao is making the film in a different style. That’s the reason we are saying that it’s going to be a different experience for the audience,” Yalamanchali Saibabu said.

The film’s shooting began on November 2 in Araku and this schedule went on till November 24. A 35 ft statue of Annamaya was specially erected under the supervision of Mani in Araku. The second schedule began on November 30 in Hyderabad and it’ll be wrapped up on December 15. Already a major portion of the film’s talkie and six songs have been completed. Umerji Anuradha has written the dialogues. S Gopal Reddy is the cinematography and M M Keeravani has composed the music.