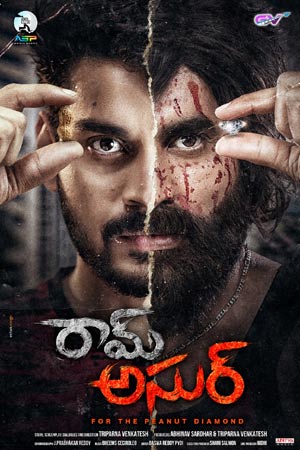 Ram Asur’s first look was unveiled by Pelli Choopulu producer Raj Kandukuri and Jeevan Lal, IRS, Addl Commissioner Income Tax, Intelligence and Crime. The film’s story is set in two different eras. While one story dates back to 1989, the other story is set in 2020. How both these time periods are interlinked will be quite interesting to see on the big screen.