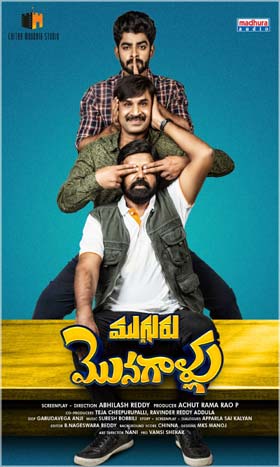 The makers of the comedy caper unveiled a new poster of the film today and it is an intriguing one. It implies that the three lead characters have three different disabilities.

Mugguru Monagallu is being promoted as an out and out comedy entertainer with a peculiar plot. Abhilash Reddy is directing the film and the makers will be officially announcing the release date soon.