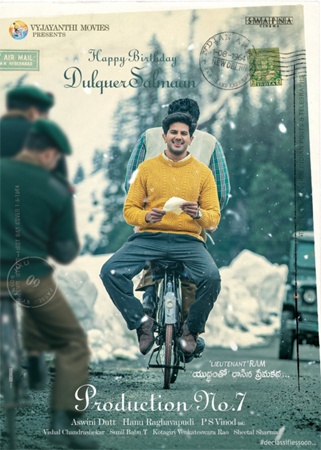 It is a known fact that Dulquer Salman is doing a film in the direction of Hanu Raghavapudi. The film is a period drama set in 1964.

As it is Dulquer Salman’s birthday today, the makers revealed the first look teaser of Dulquer’s character in the film. The teaser showcases Leutinenent Ram on the border falling for a girl.

The visuals, Dulquer’s look, and BGM are very good. Hanu Raghavpudi directs this film which is a love story. The teaser has surely raised the expectations for the audience.

This film is being produced by Swapna Cinema. More details will come out soon.