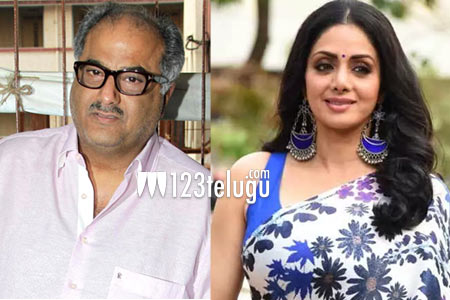 You cannot change fate, do you?. The untimely demise of star heroine Sridevi has left everyone shocked. The legendary actress passed away earlier today in Dubai following a massive cardiac arrest.

Sridevi is producer Boney Kapoor’s second wife. His first wife Mona Kapoor passed away a few years back due to cancer. She could not see the debut film of her son, Arjun Kapoor as she passed away just days before the release in May 2012.

Ironically, the same has happened with Boney Kapoor yet again as his wife, Sridevi passed away without seeing her daughter, Jhanvi Kapoor’s debut film Dhadak which is being produced by Karan Johar. The film is the remake of super hit Marathi film Sairat.

You call it fate or just co-incidence but Boney Kapoor surely is not going through a good time in his life.