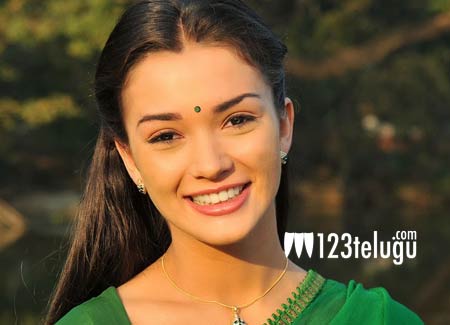 Amy Jackson is absolutely thrilled about her upcoming film 2.0 and she finally unveiled the first look of her character from the film earlier today. Directed by Shankar, the film also stars Rajinikanth and Akshay Kumar in a lead role.

Interestingly, the Amy Jackson’s poster depicts her as a robot; however, it isn’t yet clear if this is just for a song or will she be seen as a robot throughout the film. In one of the making videos, she’s seen interacting with Shankar in a red gown and there are other shots of her in a regular human avatar. So, what is she playing in the film?

Shankar is known for his secrecy and this time, he has done it again with Amy Jackson’s role. Meanwhile, Rajinikanth will be seen again as a scientist, and a robot, and Akshay Kumar is playing the villain. Currently, a song is being shot on Amy Jackson and Rajinikanth in Chennai, and with this, the entire film’s shooting will be wrapped up.

I've been dying to share this with you from the moment we started shooting! My look in @shankarshanmugh #2point0 pic.twitter.com/3BmeIlxViD