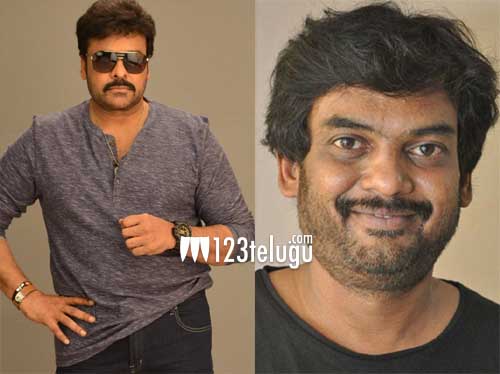 Recently, in an interview with a popular Telugu daily, director Puri Jagannadh revealed that he is penning a script for a star hero. Puri said that he will disclose the star hero’s name at an appropriate time. Since then, social media has been buzzing with non-stop speculations about the hero’s name.

Now, it’s being said that Puri is penning the script for none other than Megastar Chiranjeevi. Incidentally, Puri was supposed to direct Chiru’s comeback 150th film, titled Auto Johnny. However, Chiru didn’t like the script’s second half and the project was shelved. It even created differences between Chiru and Puri.

But the latest buzz is that all the differences have been sorted out now and Puri is once again trying his luck to convince the Megastar with his script.