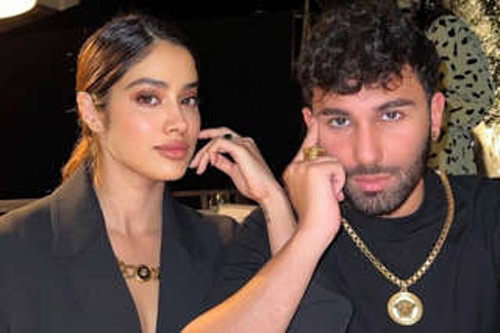 Janhvi Kapoor is one of the most happening actors in the industry. Off late, she is known for her glam poses more than films. She was last seen in Mili which was a debacle at the box office.

Now once again, she is in news and this time it is for her love affair with Orhan Awatramani a social media activist and animator. Reports in Mumbai are that Janhvi is dating Orhan for a long time now.

But one of the friends in Janhvi Kapoor’s circle has revealed that there is no truth in this news as Janhvi and Orhan are just close friends and nothing else. But still, this news refuses to go down.