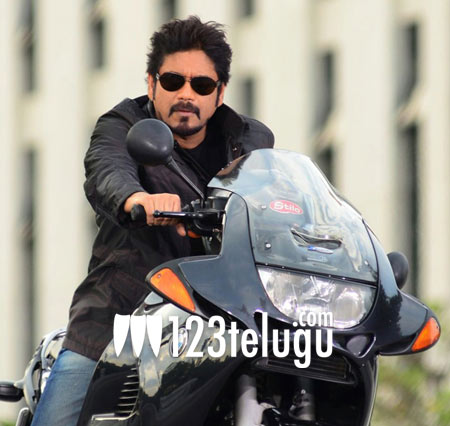 Is ‘King’ Akkineni Nagarjuna really over 50? Or is he a very young man who is pretending to be over 50? That is the doubt many people will get when they see the first teaser of his upcoming film, ‘Greeku Veerudu’. Nagarjuna is looking very stylish in the teaser and the new hairstyle has suited him well. The movie is gearing up for a release this April and the film’s first teaser has been released yesterday.

“Nagarjuna’s glamour at 53 is something that many guys can only dream of. He looks a lot more handsome than many of our much younger actors” , said Adarsh, who happens to be an ardent fan.

‘Greeku Veerudu’ has Nayanathara in the lead role and Dasarath is the director. Thaman has composed the film’s music and Kamakshi Movies banner has produced the project. The movie is expected to be a mature romantic drama.