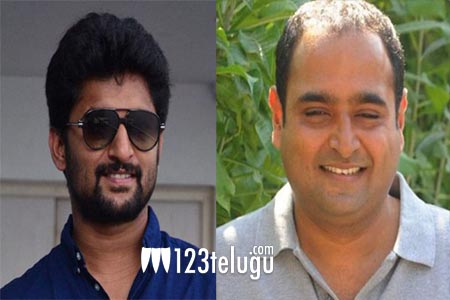 Hero Nani and acclaimed filmmaker Vikram Kumar are all set to join hands for a romantic entertainer. To be produced under Mythri Movie Makers banner, this as-yet-untitled film will go on floors from February.

For the last few days, there have been speculations that apart from playing the lead, Nani is also co-writing the script along with Vikram Kumar. However, Vikram, in a latest interaction with a popular English daily, has clarified that there is no truth in Nani turning a writer and that the actor will only play the male lead in his film.

Vikram also confirmed that he is still penning the script, which will be locked by January. The film’s leading ladies will be announced soon.