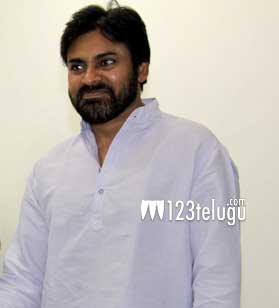 Power Star Pawan Kalyan had a beard in his film ‘Panjaa’ and the movie ended up being a flop. Most fans were disappointed with Pawan’s beard throughout the movie and historically, Telugu cinema fans have never been kind to beards for heroes.

Interestingly, Pawan might be using a beard all over again for his new film ‘Gopala Gopala’, where he will be seen as God. This is the latest rumour circulating in filmnagar right now and this is causing some worry among fans. Pawan is also being seen outside with a beard these days.

The question is, will Pawan use a beard again? Or will he sport a clean look as God. Venkatesh will be playing the lead role in this movie and Dolly is the director.