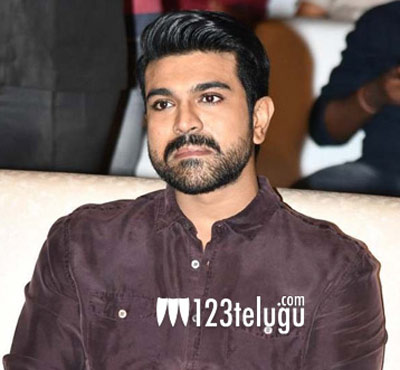 After the phenomenal success of Rangasthalam, Ram Charan is currently shooting for Boyapati Sreenu’s mass action entertainer. Towards the end of this year, Charan will join hands with NTR and Rajamouli for a high-budget multi-starrer.

Recently, Charan interacted with a national media house. When asked if he has any plans for joining the biopics bandwagon, here’s what he said. “I’m interested in watching biopics because of the intrigue factor associated with them. But I’m not quit sure if I’ll be able to do complete justice to any being depicted on screen. However, I can’t really say what’s in store for future,” said Charan.

Charan also revealed that he and his wife Upasana are big movie buffs. Apparently, Upasana is a big fan of comedies, and they both loved the recent Bollywood hit, Sonu Ke Titu Ki Sweety.