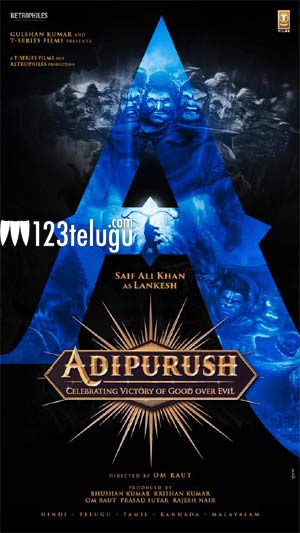 This morning, the makers of Pan-India star Prabhas’ highly-anticipated project, Adipurush have announced that Bollywood actor Saif Ali Khan will be essaying Ravan’s role in the film.

Meanwhile, the decision of roping Saif Ali Khan for the mighty Lankesh role has been receiving a mixed response for the moviegoers and especially Telugu fans.

As per the discussion on social media, though Saif is a good actor, many opined that his physical appearance may fall short before macho Prabhas’ charm. A few others are openly tagging the makers on Twitter and requesting to reconsider the decision.