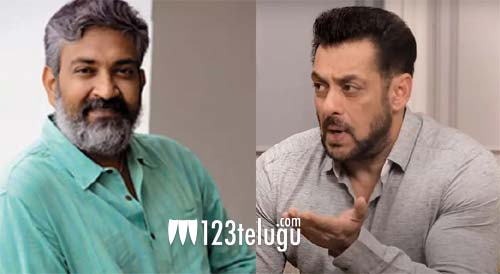 Salman Khan is a huge star and has often remade films from the south. He worked for Bajrangi Bhaijaan that had a story by Rajamouli’s dad, Vijayendra Prasad.

Since then, Salman wanted to work with Rajamouli and had met the latter multiple times. But things did not materialize as Rajamouli is only doing films with Telugu stars.

When asked about the same Salman in an interview, he got a bit upset and said, he is waiting for Rajamouli to make a film with him but it looks like Rajamouli has no interest in him.

Seeing this, one can understand that Salman is upset with Rajamouli. But the director is busy with his new film RRR and has no time for all this fuss.