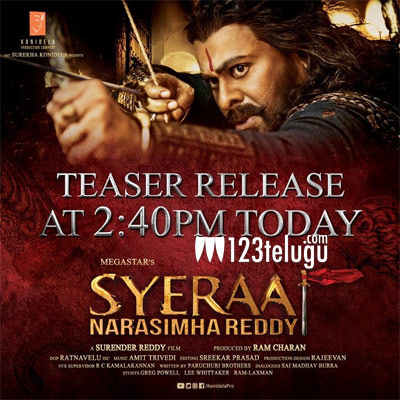 Megastar Chiranjeevi’s prestigious project, Sye Raa, has raised curiosity among the audience with its making video. The makers have announced that the film’s first look teaser will be unveiled.

Meanwhile, the latest news is that the film’s teaser will be unveiled at 2:40 PM at a special event in Mumbai. A while ago, the makers have released a special poster with the teaser timing on it.

Sye Raa, directed by Surender Reddy and produced by Ram Charan, is slated to release on October 2.