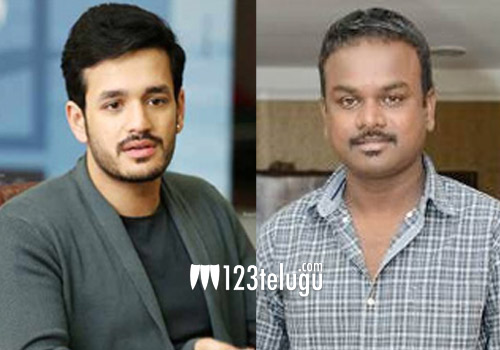 Akhil and Bommarillu Bhaskar are teaming up for the first time for an upcoming romantic drama. The untitled film is being produced by Bunny Vas and Allu Arvind under GA2 Pictures banner. Pooja Hegde is playing Akhil’s romantic interest in the film.

While the film’s shooting has been going on for a while now, an interesting buzz about the film’s storyline is doing rounds in film circles. As per the latest buzz, the film deals with the institution of marriage and how Akhil, who comes from US to India in search of a bride with big dreams, understands that marriage is a big responsibility.

The film will also have ample family drama and it is said to be a wholesome entertainer. More details about the film will be revealed soon.