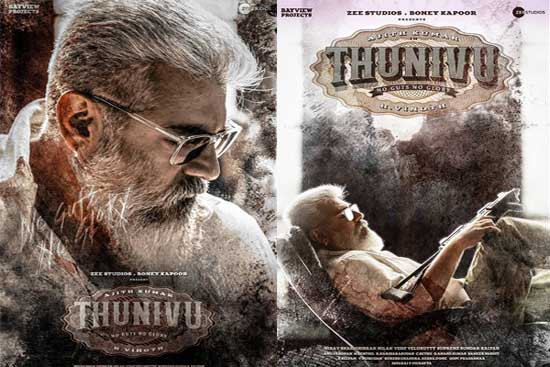 Thunivu, featuring the star actor Ajith Kumar in the lead role, is one of the most-anticipated Kollywood movies. H Vinoth wielded the megaphone again for Ajith’s film.

It is already known that Radhakrishna Entertainments and IVY Productions releasing the movie in Telugu. The latest news is that the biggie gets its Telugu title and it is, Thegimpu. An official announcement from the makers is still awaited.

Manju Warrior, Samuthirakani, Ciby Bhuvana Chandran, Amir, John Kokken, Veera, Pavani Reddy and others played decent roles in this multi-genre movie. Ghibran composed music for Thunivu, which has Boney Kapoor as the producer. The makers have plans to release the film on January 11, 2023.