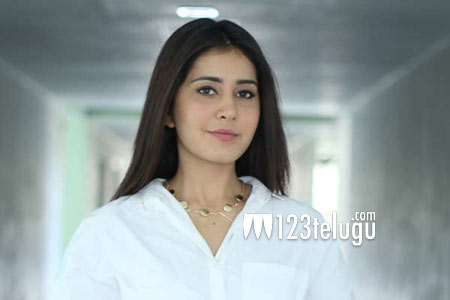 As Charan’s Dhruva is nearing its completion, the onus has completely shifted towards his new film with Sukumar. The latest gossip doing the rounds is that Raashi Khanna has been approached to play the female lead.

As the film is a complete village drama, Sukumar is out looking for a girl who will suit this setup. The pre-production of the film has been completed and last-minute formalities are being completed.

Raashi Khanna is high on the success of Hyper and it would be very interesting to see how she looks opposite Charan. An official confirmation is yet to be received in this regards.