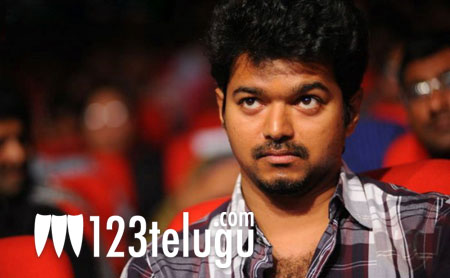 Is Kollywood’s top draw Thalapathi Vijay making a bi-lingual of his much hyped cop adventure Thuppaki? The answer according to sources close to the hero seem to be a yes. Intense cop dramas have been sure fire winners for many South Indian heroes. Sarath Kumar, Suriya and Kamala Hasan have all had their careers resurrected with action-filled cop dramas. Now Vijay seems to be following the same path with Thuppaki. The film will reportedly be shot for release in Kollywood and Tollywood. After seeing Mahesh’s cop drama Dookudu hitting the bulls eye, Vijay now feels that a bi-lingual of his movie is a good idea indeed. Thuppaki will be directed by A R Murugadoss. Vijay will be playing as an encounter specialist in the film, featuring background score and soundtrack composed by Harris Jayaraj and cinematography handled by Santhosh Sivan. Kaja Agarwal is the leading lady.