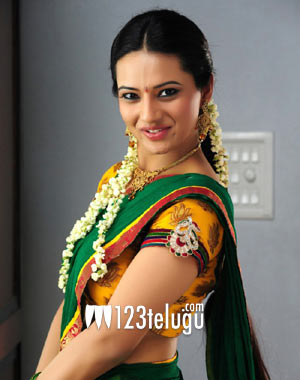 Isha Chawla joins the list of Telugu celebrities who have gone off Twitter. The young actress said goodbye to her followers and deleted her account in a huff, apparently hurt over the comments she had received over a tweet.

Isha was seen in Nandamuri Balakrishna’s ‘Srimannarayana’ recently and in the song “Thaka Thai’, one gets the feeling that she shared an online intimate kiss with Balakrishna. The actress posted a tweet that this was not the case and went on to explain her position. She tried to say that the whole thing was an illusion.

A barrage of comments followed soon and Isha Chawla must have taken things a bit too seriously. Young Tiger NTR and Mega Power Star Ram Charan also quit Twitter after trying to interact regularly with fans.