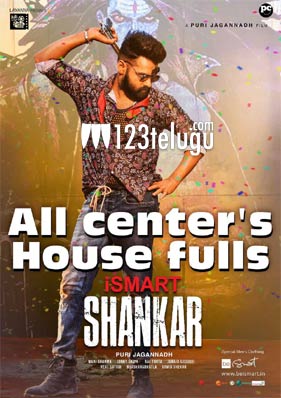 Ismart Shankar was having a super pre-release buzz as the film had the collaboration of Ram and Puri Jagan for the first time in their career.

The advance bookings of the film were also solid and now that the film was released, the mouth talk is very good. The masala entertainer saw some solid occupancy throughout the Nizam region.

The film’s rights for the Nizam region were sold for 6.5 crores and the early estimates reveal that the film might do somewhere around 2.5 to 2.75 crores share in Nizam on the first day which is superb.

With the weekend setting in, the makers are going to see good collections in the coming days as well. Mani Sharma scores music for this film and he has been appreciated a lot for his work.