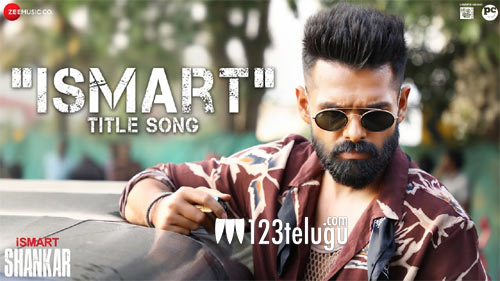 Mani Sharma is back in the news with his new film Ismart Shankar. The music of the film has caught on quite well and the much-awaited title song has been released today.

The song is a hit the moment you listen to it. The beats, mass aura and singing are a lot of fun and create a thrilling effect on the listener. Puri is back in his elements and this song reminds us of his good old days where all his songs used to be hits.

Mani Sharma has killed it with his peppy tune and special attention goes to Bhaskar Batla’s fun lyrics. The song sounds a lot of fun and is surely going to be a solid hit with the masses.

One can also say that it is by far, Mani Sharma’s best song in the recent times. For now, this song will surly go viral and we need to see how rest of the songs are going to be.