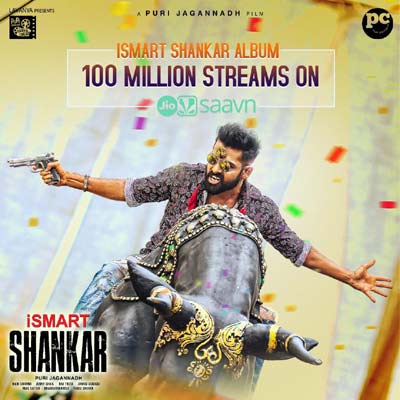 Even as iSmart Shankar has just celebrated its first anniversary, it’s now the turn of the film’s audio album to make headlines. Composed by Manisharma, iSmart Shankar’s album has set a new record on the popular music streaming app JioSaavan.

iSmart Shankar’s audio album has clocked over 100 million steams on JioSaavan. The music and the film’s massive success brought back Manisharma into the game big-time, and he went on to sign Chiranjeevi’s Acharya.

iSmart Shankar was directed by Puri Jagannadh and it featured Ram, Nidhhi Agerwal and Nabha Natesh in lead roles. Puri co-produced the movie along with actress Charmme.