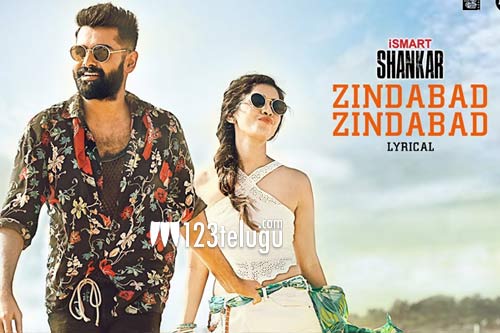 iSmart Shankar’s team has just unveiled the film’s second single ‘Zindabad Zindabad’. The song has been getting a good response. Currently, the unit a canning a romantic number ‘Love’ in the picturesque island country of Maldives.

iSmart Shankar’s talkie part has been wrapped and the entire shoot will be done with the completion of the songs by this month end. The film is slated for release on July 12. Nidhhi Agerwal and Nabha Natesh are the female leads in the movie. Heroine Charmme is co-producing the film in association with Puri Jagannadh.