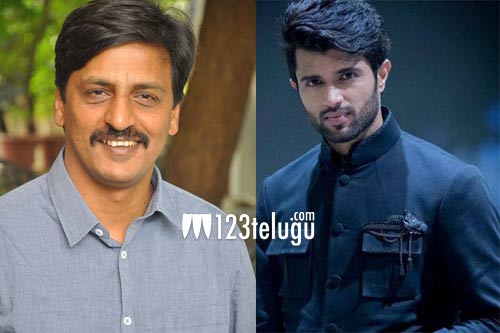 World Famous Lover was promoted on a big note but the film bombed at the box office incurring heavy losses for the makers.

Vijay Devarakonda was also not that keen on the film and only came to the promotions in the last two days and created some buzz but the film has bombed.

So many stories are now going in the media that both Vijay and director Kranthi Madhav had serious issues and were not happy with the way things were going.

One side of the story says that Vijay was interfering way too much in the shoot and this did not go well with the director. Whereas the other side’s version is that Kranthi Madhav did not take Vijay’s suggestions at all and went about doing his own thing damaging the film.

The talk is that Vijay was against a happy ending but Kranthi Madhav wanted it. So, both had ego issues and this is where the film went for a toss.

Vijay also said that this is his last love story and has now moved on to his action entertainer with Puri Jagan whose shoot is on as of now.