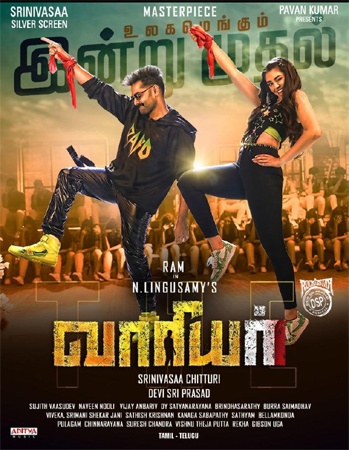 Energetic Star Ram Pothineni’s The Warriorr is releasing today in theaters worldwide. Directed by Lingusamy, the Telugu-Tamil movie has Krithi Shetty and Akshara Gowda as the female leads.

The Warriorr marks the Tamil debut of Ram and for the last few hours, the release of the film is a doubt because of a few financial issues. But, the issues are sorted out and the tickets are up for sale this morning. So, there will be no doubt regarding the release of Tamil version of The Warriorr.

The film also has Nadhiya, Aadhi Pinisetty and others in pivotal roles. Having Devi Sri Prasad’s music, the movie is bankrolled by Srinivasaa Silver Screen.