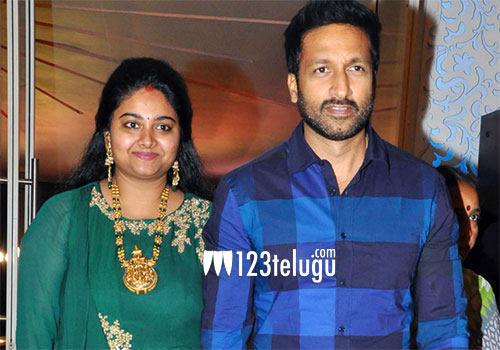 On this auspicious Vinayaka Chavithi festive day, action hero Gopichand and his wife Reshma have been blessed with a baby boy. The star couple’s younger son was born at 5:40 am in the morning of September 13.

Gopichand married Reshma, niece of hero Srikanth, in May 2013. The couple already has a 3-year-old son named Virat Krishna. Congratulatory messages have been pouring in for the happy parents from the film industry well-wishers and netizens.

123telugu.com congratulates the star couple on the arrival of the new bundle of joy!