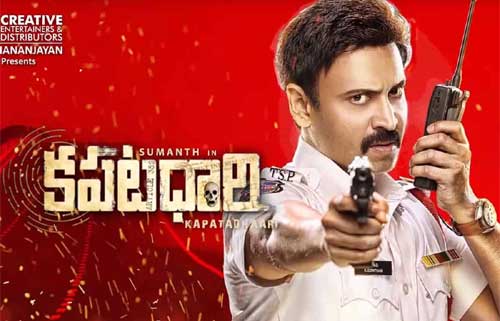 Hero Sumanth’s new film titled, Kapatadhaari has created curiosity among the audience with its intense first look teaser. Touted as a mystery thriller, the film has wrapped up its post-production formalities and waiting for a release.

Meanwhile, the latest news is that the film has completed its censor formalities and passed with a U/A certificate. News is also that the film is gearing up for a Christmas release.