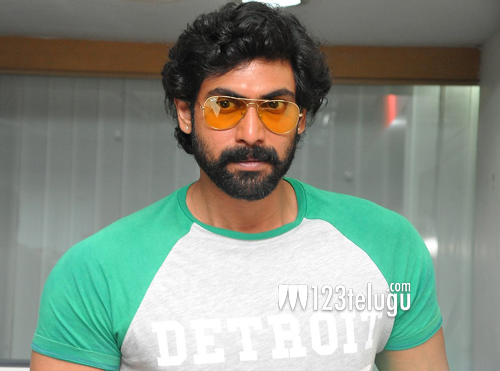 Rana Daggubaati is the man for all seasons. This six feet three inch macho, is probably every directors dream actor to cast for their unconventional roles. Going by Rana’s standards too, he is one such actor who is tailor made for such roles. So be it a villains role, or a typical lover boy’s character, Rana is always game for it.

Rana is currently acting in two period films Bahubali and Rudramma Devi. But it is S S Rajamouli’s Bahubali where he plays an out and out villain opposite the mighty Prabhas. Speaking to an leading news paper, Rana revealed that it is every actors dream to play a hardcore villain, and this has come true when he was offered Bahubali. He also added that whenever he read Ramayana and Mahabharatha, he was always attracted towards the negative character.

Presently, shooting of both the films is going at a brisk pace and these films will release during early 2015.