The makers of India’s most expensive film till date, Rajinikanth and Shankar’s sci-fi extravaganza 2.0, have officially announced that this much-awaited film will be released in April next year. Even though the exact date of release is yet to be revealed, it’s being widely speculated that 2.0 will be hitting the screens on April 27, 2018.

Meanwhile, 2.0 has been setting several records by sealing some never seen before pre-release business deals. The craze and anticipation for this movie are humongous and the film is expected to smash several box-office records across the country. 2.0 is releasing in Tamil, Telugu, Hindi and Arabic languages simultaneously. 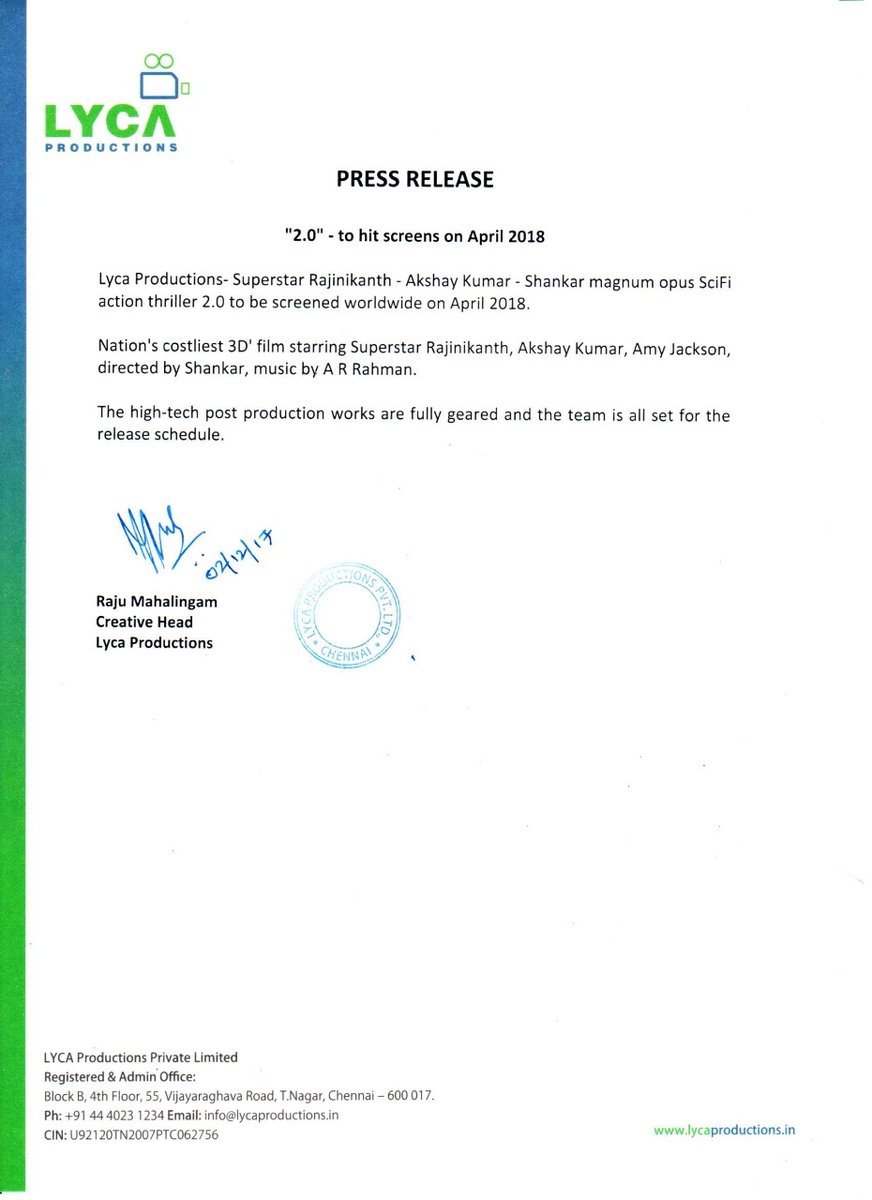