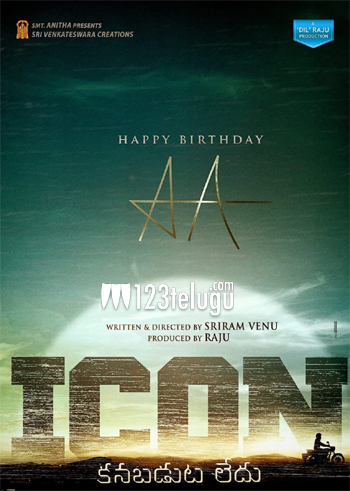 The suspense is over finally. Putting an end to all the speculations, the makers of Allu Arjun’s 21st project have just made the official announcement with an intriguing poster. As reported earlier, the Stylish Star’s next film has been titled ‘Icon’, with ‘Kanabaduta Ledu’ as its tagline.

Icon will be directed by Venu Sriram of MCA and Oh My Friend fame. Dil Raju will bankroll the project, which will be going on floors after Allu Arjun wraps up his next two projects with Trivikram and Sukumar respectively. Icon’s script is said to have impressed Allu Arjun a lot. We will have to wait for a few more months for more updates on the film.