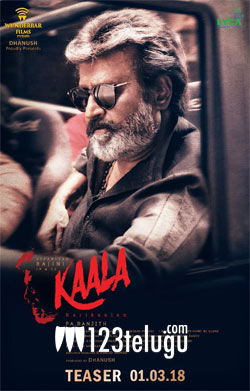 Now, the latest update is that Kaala’s highly-anticipated teaser will be released on March 1. The makers have made an official announcement regarding the same. In Kaala, Rajini will be seen in a power-packed role of a slum-lord turned politician.