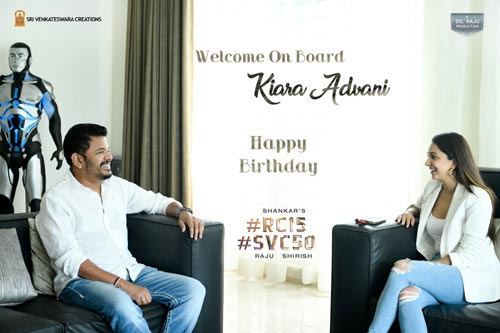 Talented Bollywood beauty Kiara Advani is celebrating her birthday today. While fans and well-wishers are drenching the actress with warm wishes, the biggest announcement has been made by the makers of Shankar and Ram Charan project.

Yes, confirming the ongoing speculations, the makers of this crazy pan-India film today made it official that Kiara has been roped in to play the leading lady opposite Ram Charan in the movie. This as-yet-untitled film marks the second collaboration between Charan and Kiara after Vinaya Vidheya Rama.

Dil Raju is bankrolling the project with a whopping Rs 150 crore budget. Thaman is composing the soundtrack. The project is expected to go on floors from September.