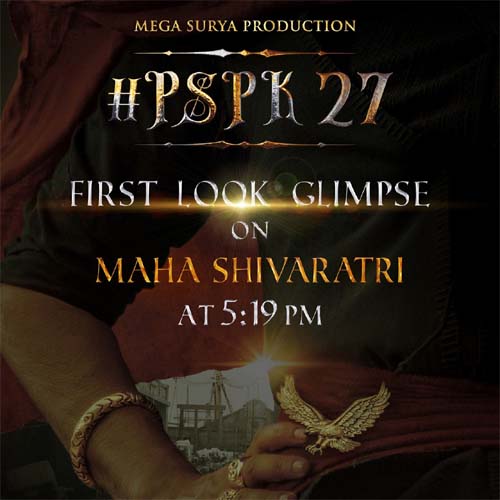 It is already reported that the first look poster of Powerstar Pawan Kalyan’s new film under the direction of Krish will be out on March 11, 2021, as a Mahashivaratri special.

Confirming the same, the makers have unveiled an official poster this afternoon. Reportedly, the first glimpse of the film along with the title will be out at 5:19 PM tomorrow.

Already news has come out that the film has been titled Hari Hara Veeramallu but will be officially revealed on an auspicious day. Senior producer AM Ratnam is the producer for the film.