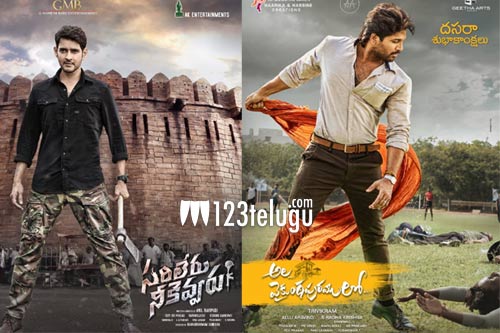 Finally, trade circles and fans of Mahesh Babu and Allu Arjun can heave a huge size of relief. Until now, both the movies are locked for an epic Sankranthi clash by releasing on January 12. And here’s the much-awaited update.

As being speculated, Sarileru Neekevvaru has been advanced by a day and will now be hitting screens on January 11, while Ala Vaikunthapuramulo remains unchanged with a January 12th released.

The latest change in Sarileru Neekevvaru’s release date was a result of the successful mediation by the Active Telugu Film Producers Guild (ATFPG) with Anil Sunkara and S Radhakrishna, the producers of Sarileru Neekevvaru and Ala Vaikunthapuramulo respectively.