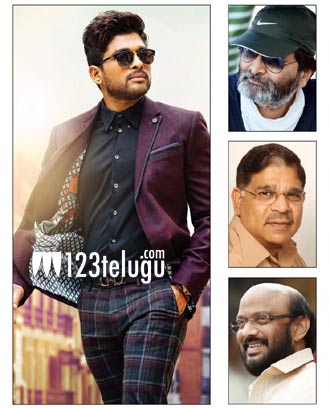 And finally, ending the months long suspense, star hero Allu Arjun has officially announced his next project. The Stylish Star is once again joining forces with his S/O Satyamurthy and Julayi director Trivikram for his 19th project. An official announcement on AA19 has been made this afternoon.

The Allu Arjun-Trivikram film will be jointly produced by Allu Aravind and Radhakrishna of Haarika and Hassini Creations. The project will have itsformal launch in January and the film is expected to hit screens for Dasara 2019. More details about the film’s cast and crew will be announced soon.